No bids were received during the selection process for the Uruguay Round 3, therefore ANCAP declares the bidding round void. The deadline expired on April 26 at 14:00 hs. Uruguay Round 3 is a bidding process, promoted by the Executive Branch through ANCAP, of areas for exploration and exploitation of hydrocarbons in the exclusive economic zone of Uruguay.

Seventeen areas were offered in the 3 offshore basins, with bathymetries ranging from 50m to more than 4,000m of water depth. Areas were divided in Type I, Type II and Type III according to water depth. Exploratory Period was established in 8 years for Type I and Type II areas and of 10 years for Type III areas. The contract term including the Exploitation Period was established in 30 years, which could be extended 10 additional years. The areas that were offered in Uruguay Round 3 are presented in the figure on the right.

Although two companies presented documentation to qualify, Tullow Oil and Azilat, none of them confirmed their interest by submitting an offer. The Irish oil company, Tullow Oil, is currently the operator of Area 15 offshore Uruguay, awarded within the framework of Uruguay Round II, with Statoil from Norway and Inpex from Japan as non-operator partners.

For the promotion of Uruguay Round 3, official announcements were held in Houston and London, having individual meetings and data rooms with more than 30 companies, both in Montevideo and in their headquarters, following a very similar process than in previous rounds.  Nevertheless, the current situation of the oil industry, with several consecutive years of

Since 2008, according to the guidelines of the Energy Policy established by the Ministry of Energy, ANCAP has been focused on reactivating the hydrocarbon exploration in our country, obtaining investments of over a thousand million dollars, which were entirely invested at risk by the private companies. This allowed the increase in the available data and information database (more than 41000 km of 2D seismic, 42000 km2 of 3D seismic and 13000 km2 of 3D electromagnetism), as well as knowledge of the hydrocarbon potential of our subsoil, making the geological concepts and models offshore Uruguay more dynamic.

In this sense, the convenience of modifying the area assignation system for its adequacy to the current market conditions will be evaluated. 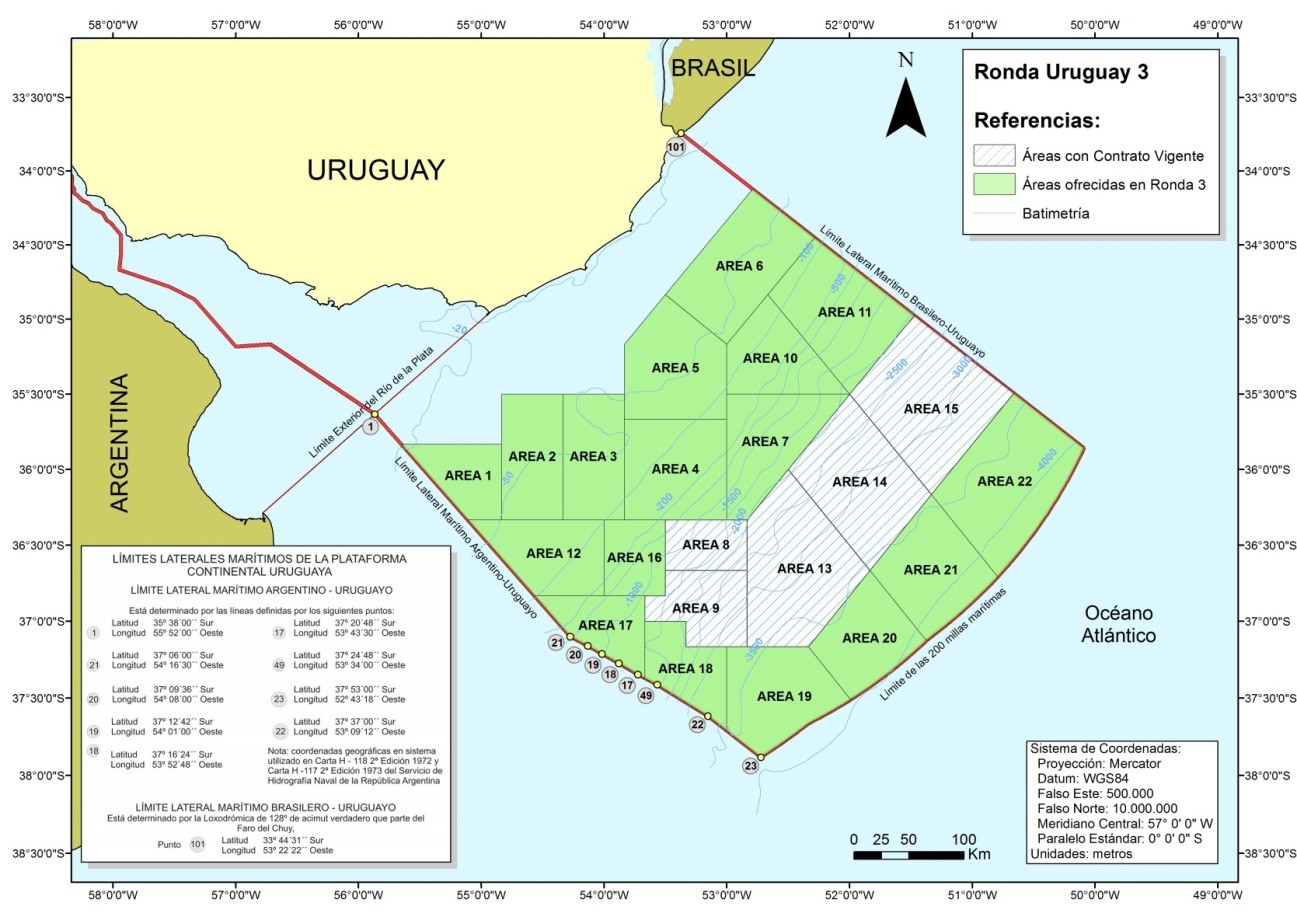